City of Omaha’s traffic signal system is functionally obsolete for many of the traffic management needs of a large and growing metropolitan area.

The project will upgrade various aspects of the City’s traffic signal system including:

·         Traffic Signal Management Software – Each traffic signal controller will have new software, MaxTime created by Intelight, installed which allows the implementation of new features and provides more flexibility for City staff to operate traffic signals more efficiently. In addition, the software allows for the entire traffic signal network to be monitored and managed by a single central system software application, called MaxView made by Intelight 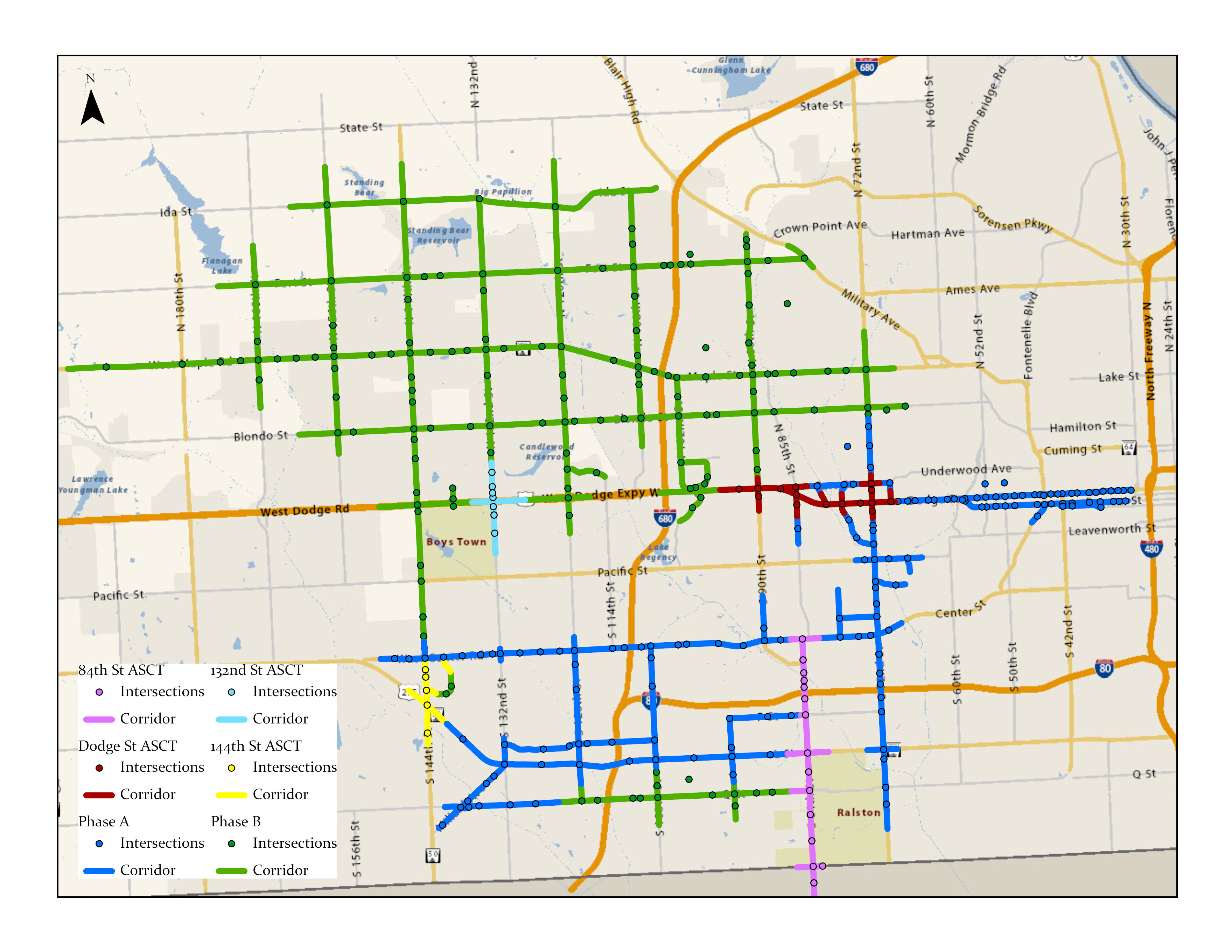 ·         Battery Back-up System – Major intersections will be equipped with a system of batteries to provide back-up power which will keep the traffic signal in service in the event of utility outages and/or power spikes.

The project does not include the replacement of any structural elements of the traffic signal such as poles, mast arms, etc.

Some corridors have been selected for Adaptive Signal Control Technology (ASCT) based on a variety of considerations such as priority, reliability, and known fluctuations in travel demand. ASCT systems adjust the traffic signal timing parameters automatically based on real-time traffic conditions, and coordinate with other traffic signals on the ASCT corridor to more efficiently serve the traffic demands that routinely vary by time of day and day of week.  The ASCT intersections have the same type of equipment upgrades as mentioned above, with the addition of more vehicle detection and software capabilities. The ASCT corridors will be monitored using the same central management system used for the rest of the city in addition to MaxAdapt software by Intelight to run the ASCT traffic signals.

Please refer to the following links for current lane closures and intersection work relating to this project: